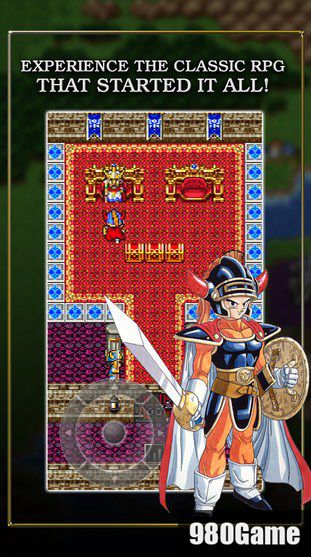 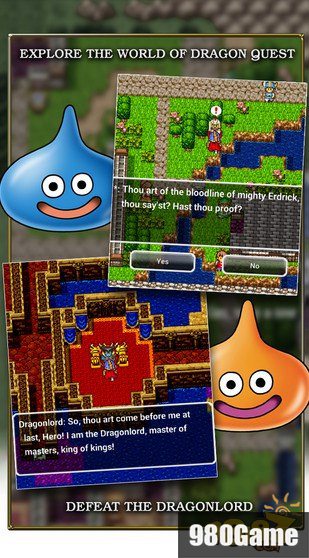 The game that started the legend of DRAGON QUEST is here at last for mobile devices!

Discover the RPG that won the hearts of two generations!

Enter a fantasy world of sword, magic, and monsters in one standalone package!

※In-game text is available in English only.

The peace of fair Alefgard has been shattered by the appearance of the nefarious master of the night known as the Dragonlord, and the Sphere of Light which for so long kept the forces of darkness in check has been stolen!

It’s time for you, a young warrior through whose veins flows the blood of the legendary hero Erdrick, to set out on a quest to vanquish the Dragonlord, and save the land from darkness!

・First in the Legendary Series

Originally released as Dragon Warrior, you can now experience the classic retro RPG experience that swept up millions of Japanese players back in the Eighties...and never let go!

Become the descendant of the legendary hero Erdrick, and embark on an epic journey through the historic realm of Alefgard, tackling fearsome foes and perplexing puzzles on your way to the dread Dragonlord’s lair!

The game’s controls are designed to work perfectly with the vertical layout of any modern mobile device, and the position of the movement button can be changed to facilitate both one- and two-handed play.

・Experience the legendary RPG loved by millions in Japan and worldwide! Created by a legendary trio with the master creator Yuji Horii, the revolutionary synthesizer score and orchestration by Koichi Sugiyama, and art by master manga artist Akira Toriyama (Dragon Ball).